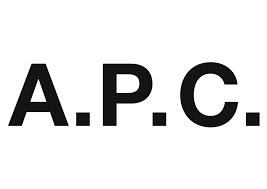 Did anyone else wake up to this shocking news this morning? No, it’s not April fools, and I am absolutely gutted.

It takes time and energy to find a label one can sort of relate to, that one can sort of stand tall for wearing, in the midst of the ocean of identity-less, mass produced, unethical marked that is fashion. It’s not that A.P.C. is a label that achieves a perfect score on the three criteria I just listed (no label does?), I have even boycotted them once before when they did their first collaboration with Nike, (the one with Carhartt I just viewed as an anomaly causing all those hipster girls to wear that beanie last winter, God – they must have been laughing! at an office somewhere), but this going into business with Kanye West thing, I cannot relate to the identity bit of the brand anymore. Where is the loved French minimalism, the references to nouvelle vague films, or the sound of Gainsbourg? If there was an ABC of A.P.C. it seems like they have invented a whole new letter, and it’s one that doesn’t give meaning, to me – or most of their loyal costumer base I am sure. I don’t want to be associated with a sexist beast like Kanye West, and hence not with the label.

It is always extra disappointing when it’s those nicer brands going off the grid like this, like when Lover flagged out their production to China, or when American Apparel ran that Israeli girls campaign.

Maybe the collection will be off the shelves in no time, a couple of months will have passed, A.P.C. releases their third capsule collections with Vanessa Seward – and I am back blowing off too much money on yet another blouse I do not need. Partly because I have the memory of a goldfish, partly because there are not many good alternatives, and partly because I absolutely care for a lot of the other stuff they do. And there’s no gain denying that a little bit of A.P.C. in your day feels like understated luxury, a feeling most of my days are in dire need of.

So I might/probably go back, but right now: it feels like identity theft.